Oooh, fights. We either run from them, run toward them, or pretend they’re not there (haven’t we all just smiled while passing the sweet potatoes at Thanksgiving?). And many of we Unitarian Universalists have been thinking a lot about fights, since hearing the Rev. Nancy McDonald Ladd’s sermon on “Fake Fights” at this year’s General Assembly.

As blogger (and fellow UU Humanist Association Board member) Adam Gonnerman noted in his great post about the sermon, some humanists have been nervous that Rev. Ladd was pointing to the ongoing humanist-theist conversation within Unitarian Universalism as one of those fake fights. Those folks are likely remembering Ladd’s mention of how we are “still fighting about who’s a humanist and who’s a theist--as though those two terms are mutually exclusive in the first place.”

Now, I can understand the concern, although it didn’t occur to me on first hearing. As I listened to the sermon, I focused on the second half of Ladd’s sentence, which calls into question the idea that humanism and theism are opposite ends of a spectrum. And then I did a little happy dance in my seat, since one of my personal goals is to push back against that “ends of the spectrum” idea and certainly against the “mutually exclusive” idea, as Ladd puts it. To me, humanism is a broad commitment to the worth of every person, the idea that we are responsible for our world and the connection that humans have to each other and to the whole universe--in other words, humanism can be compatible with many different belief systems, including theism. Sure, most humanists employ a naturalistic framework for their metaphysic, but the truth is that there are Jewish humanists, Buddhist humanists, even Christian humanists out there...so the traditional UU relegation of humanists to being simply non-theists is short-sighted. In this case, I knew Rev. Ladd was speaking my language.

But what about the rest of that phrase? Was she suggesting that conversations about humanists, humanism, and belief were simply “fake fights” that were distracting UUs from the important work of justice? Was this yet another “oh, those humanists...they should quit whining already” jabs?

Luckily, I know Nancy. I was so sure she wouldn’t have meant that, serving as she does a congregation with a proud history of humanism (the Rev. Bill Murry is Minister Emeritus, and many other wonderful and explicitly humanist ministers have served River Road UU Congregation). I figured there’s nothing like the original source, so I wrote to Rev. Ladd and asked her to share more.

Rev. Ladd wrote first to say how excited she was that people were having these conversation--precisely what she was hoping for when writing her sermon. She asks us to consider, “what's the fake fight and what the real one? It's fake to try to win some imaginary war about whose definition of god is "right." And it's fake to wonder which side of a false duality is winning. It's real - totally real and absolutely essential to build community practices and liturgy that hold and celebrate the difference, that make room for the diversity of perspective the rest of the world tries to crowd out through punitiveness and division.” To me, Rev. Ladd is asking us to be, basically, good Unitarian Universalists: to embrace our pluralism and to be open and honest about our differences, while also honoring what we hold in common. I think it’s about the kind of conversation we’re having. If humanists, or theists, or Pagans, or Christians, or Jews, are trying to win in some kind of my-beliefs-are-better-than-yours competition, we aren’t doing it right. If, on the other hand, we are sharing what moves us most deeply, making space for others to share just as fully, and bumbling our way through what it means to be in a community of people who believe different things...well, that’s sort of what we’re here for, it seems to me. Rev. Ladd goes one further, linking our ability to have the real conversations about belief to our ability to work for justice in the world. She writes, “by building communities within Unitarian Universalism of honest difference in terms of theology, we're far more prepared to enter into the broader multi-faith, interfaith and secular partnerships that actually do have the potential to address the pressing justice issues of our day.  We might choose to embrace the differences among us as a sort of spiritual practice that makes us better partners across many borders and barriers - borders of race and class and story that are often far more firmly drawn than the humanist/theist divide.”

Far from being a silencer of conversation about our real religious differences, I think Rev. Ladd is calling us into deeper conversation, calling us to come to the table with our fullest selves--all the complex ways that we carry belief, values, theology, and ethics--so that we can learn from each other and get some practice for the real, vital fights that the world holds.

Amanda has a Masters of Divinity from Wesley Theological Seminary in Washington, DC and a BA in Religious Studies from Yale University. She was the ministerial intern at River Road Unitarian Universalist Congregation in Bethesda, MD, and served as a chaplain at the Washington Hospital Center, where she completed a unit of Clinical Pastoral Education. In 2007, Amanda won the National Capital Area Big Sister award from Hermanos y Hermanas Mayores/Big Brothers Big Sisters for her work with a little sister, with whom she has been "matched" for more than seven years. She also received the 2006 Anti-Racism Sermon Award from the Joseph Priestly District of the Unitarian Universalist Association for a piece entitled "The Tip of the Iceberg." Amanda is a Unitarian Universalist minister, and has a strong background in interfaith work from her chaplaincy and seminary experiences. Before attending seminary, she worked as a fundraiser for a national literacy nonprofit. 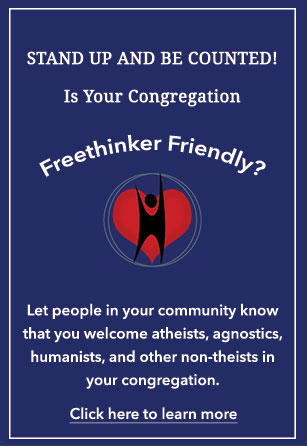